Located in the chilly perch on the Gulf of Finland, Estonia is probably not the first place that will come to your mind when you think of setting up a business. Tallinn, the capital city of Estonia, is however a growing business hub hence one of the perfect places to do business in. 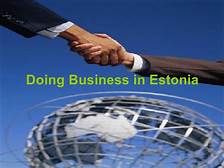 With a business-friendly tax system, well-educated population, and free public Wi-Fi, Tallinn has proven to be an excellent destination for entrepreneurial adventures. Tallinn is also home to some of the big tech stalwarts including Skype, and other science and technology-driven businesses. It also houses Tehnopol which supports more than 180 companies in the science and technology park. It is also worth noting that, Tallinn is one of the most connected places on the globe and home to the top ‘Global Cities of the Future.’

Whether thinking of going to Tallinn for business adventure, to work, or start a business there, outlined below are five things you need to know about this city and country in general.

The Secret Behind the Name, ‘E-Stonia’

Among other technology-infused accolades, Tallinn prides herself with the plentiful wired public spaces within the city. Internet access was also declared a human right in Estonia in 2000, a move that lead to the launch of extensive campaigns to take internet connectivity to rural areas. This has also made it possible for Estonians to get E-identities from 15 years upwards. This grants them access to more than 4000 online services which includes contracts, tax services, business registry, and banking. In October this year, the Estonian government passed a law enabling foreigners to apply for E-identities as well.

According to research by the Tax Foundation’s 2014 International Tax Competitiveness Index, the taxing system in Estonia is ranked among the most competitive in the developed world. The regime taxes distributed corporate profits at 21% of capital gains, which is unlike the traditional taxing system. If a company chooses to invest its profits back into the business, it then isn’t obligated for a tax expense. In addition to this, all foreign-earned income is exempted from taxation, a factor that has made many entrepreneurs want to venture here.  If you want some more information on tax in Estonia read this from VATGlobal

VCs Haven’t Been Left Behind

As of 2012, Estonia was reportedly hosting more than 66000 business enterprises, a 7% increase from the previous year. This is according to the country’s data clearinghouse, Statistics Estonia. Microenterprises and companies hold much of these, with companies having less than ten employees under their payroll.

Big-time investors have also started to take note of the former Soviet State. Some of these include Transfer-wise, a money transfer service founded by Skype’s former director of strategy, Taavet Hinrikus. These have received backing from Peter Thiel and Richard Branson of Index Ventures and AI Ventures.  Although Money-Transfer has its headquarters in London, all the base operations are conducted in Tallinn. Taxify has also increased its presence in the country raising funding by approximately $1.7 million this December. This as a part of the company’s quest to expand its services all over Europe.

The only way a company can make more profits is if it has a ready market. With numerous consumers in Estonia, setting up shop in Tallinn gives your business a broader market share. You also do not have to target the existing clients only; you can take advantage of Estonian Company incorporation representatives for an in-depth presentation of your business to more clients and customers.

The more sales channels business has, the higher the chance of driving sales and recording more profits in the consumer market. Creating a website is one of the best and dynamic ways to conduct business today. The company branding and how well it conducts business is another factor that determines its success. Proper advertising strategies and policies targeted at increasing consumer base also play a role here.

Although the country’s universities have been encouraging students to take Information technology courses, competition for trained IT professional is still stiff. Other Silicon Valley tech firms are also experiencing the same obtaining such expertise.  Venture Capital can also be hard to come by in this industry as well. While there are several exciting spots in the startup industry, more and more companies have been forced to move to overseas countries in an attempt to attract investment capital.

The City is Breathtaking and Beautiful

Although there may be plenty of skyscrapers in Tallinn, the city’s oldest centers are the main attraction points. The old town is however divided into lower town and upper town, or All-inn and Toompea. Here, you will find constructions dating back in the 15th century, with cobblestone streets, medieval churches, and brick-covered walkways. The Old Town is also a UNESCO World Heritage Site.

The onion-domed Russian Orthodox Cathedral is another attraction in Toompea.  Other attractions in this part of the city include the Toompea Castle (parliament) and S. Catherine’s Passage which is a tiny stone-arched alleyway with ancient tombstones on the walls.